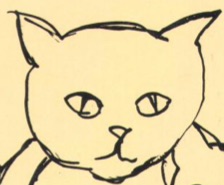 Decades ago I used to get the squeaky in from Putney Bridge to Victoria.

The trip was usually to meet, make out or make up to someone. All with varying degrees of success.

They were slam-door trains with single compartments in those days, with belching heat from under the seats seemingly regardless of season.

I’d settle in the corner with a smoke, okay, a few, and that week’s Speccie.

It’s thanks to Ms Ellis that I started reading weekly magazines from back to front.

By beginning at the end you skip the politics, pestilence, war, famine, and death at the front and get stuck straight into what’s really important in life – life itself. And time, rain, and hamsters.

Anyhow. There were a few columns at the back and my three favourites were, in ascending order, High Life by Taki, Low Life by Jeffrey Barnard, and Home Life by Alice Thomas Ellis.

The first, High Life, was okay. Perhaps a bit name-droppy and yawn-inducing.

Low Life was usually mildly amusing. I’m not entirely sure why. Seedy, a bit of a loser, often curmudgeonly and most of the time sloshed. I probably I could relate to that back then.

I remember years ago in Hong Kong our editor telling me he had met Jeffrey Barnard at The Coach and Horses in Soho.

He said that Barnard said that writing a column was the hardest thing to write in the world. Or something like that.

Which brings us to the brilliance of Alice Thomas Ellis’ Home Life.

There are four book collections of her Home Life columns that appeared in The Spectator. Volume 1 to 4. The books are hard to find – but do try.

So, twelve of the many reasons why I love Alice Thomas Ellis.

No, actually, before we get to them, let’s celebrate that ubiquitous quote of hers. If only so I don’t have to use up one of my twelve.

Right. I’m not going to get in the way anymore.

I wondered whether to throw myself on the floor and drum my heels.

I can still get into the jodhpurs which I wore when I was fifteen but my wedding dress barely covers the front of me.

… then runs frenziedly down the passage like someone just realising she’s left her handbag on the tube.

[Two heifers chased by a bulldog]

They hurdled the fence like fillies… there followed a mauvais quart d’heure with me attempting to murder the dog at the same time as rounding up the cows.

I have yet to meet a writer who wouldn’t rather peel a banana than apply himself to the pen. I believe if I were locked in a windowless room with a deadline I would spend the time trying to tunnel out rather than get on with it.

…I never learned to ride a bicycle, considering it undignified…

…babies… packed in little pushchairs with transparent envelopes when it rains, so they look like frozen chickens.

I’m rapidly coming round to the view that all – all – is illusion and our world is most probably nothing but a bit of grit in the eye of some vast and indifferent being. I expect I’ll feel better when it stops raining.

Optimism is the last resort of those in deep despair.

I’m suffering from one of those periodic bouts of tedium vitae.

… I find it somehow unseemly and cannot bring myself to do likewise.

Time, while not precisely standing still, does tend to lounge around a bit here.

If you’re lucky enough to find the books online, it can be tricky telling what order they go in as the first and second books don’t have volume numbers on their dust jackets. Hope this helps:

Hope you enjoy them as much as I have.

Thanks for being here.

Follow my Book Bore blog on style in writing:

With acknowledgement to The Spectator and publishers Duckworth.